On January 21st, hundreds of thousands of women gathered in various cities in the US and around the world to march in support of women’s rights.

The march in Washington, D.C, which kickstarted the movement drew an enormous crowd.  Chimamanda Adichie, a feminist icon of note, was there to lend her support.

She shared photos of her time at the march on Facebook and highlighted a few of her favorite protest posters. 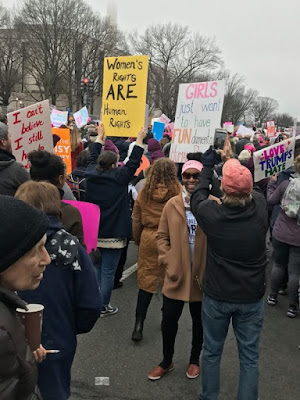 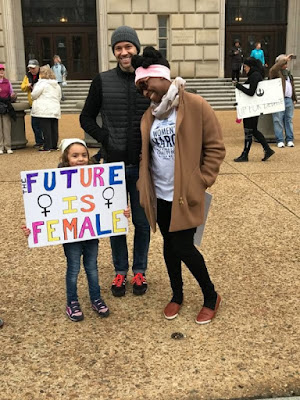 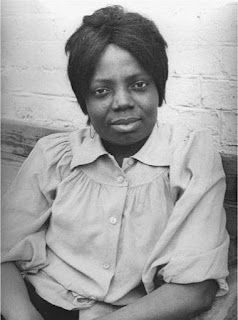 Nigerian author Buchi Emecheta, whose works included The Joys of Motherhood, Second-Class Citizen and The Bride Price, has died at her home in London at the age of 72.

Emecheta's books were on the national curricula of several African countries.

She was known for championing women and girls in her writing, though famously rejected description as a feminist.

"I work toward the liberation of women but I'm not feminist. I'm just a woman," she said.

The topics she covered in her writing included child marriage, life as a single mother, abuse of women and racism in the UK and elsewhere.


The president of the Association of Nigerian Authors, Denja Abdullahi, said: "We have lost a rare gem in this field. Her works would forever live to speak for her.
"It is a sad loss to our circle. She was known for championing the female gender and we would forever miss her."

Lagos-born Emecheta had moved to the UK in 1960, working as a librarian and becoming a student at London University, where she read sociology. She later worked as a community worker in London for several years.

She left her husband when he refused to read her first novel and burnt the manuscript, a World Service series on women writers reported.

The book, In the Ditch, was eventually published in 1972. That and Second-Class Citizen, which followed in 1974, were fictionalised portraits of a young Nigerian woman struggling to bring up children in London.

Later, she wrote about civil conflict in Nigeria and the experience of motherhood in a changing Ibo society.
An assessment of her writing, published by the British Council, says: "The female protagonists of Emecheta's fiction challenge the masculinist assumption that they should be defined as domestic properties whose value resides in their ability to bear children and in their willingness to remain confined at home.

"Initiative and determination become the distinguishing marks of Emecheta's women. They are resourceful and turn adverse conditions into their triumph."

"Black women all over the world should re-unite and re-examine the way history has portrayed us," she said.
Posted by LiteMag at 05:57:00 No comments:

Opportunity for African Writers | Submit to Dwartonline’s Issue No. 3 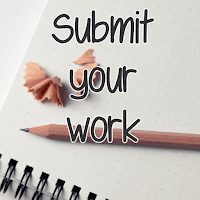 Dwartonline is a literary magazine managed by Wale Ayinla and Chukwuebuka Ibeh. They recently announced a call for submissions to Issue Number 3, which will be published in April. Submissions are open for poetry, fiction, non-fiction, drama, art and photography.

The theme for Issue Number 3 is “Uprooting,” which the editors explains as follows:

"We are looking for original and compelling pieces that touch on “Uprooting” through such sub-themes as death, spiritual disconnection, physical distancing, cultural alienation, memory loss — just anything that reminds us of a flower being pulled out of the earth. We want a portrayal of the tragedies and comedies of losing one’s root. Pieces that break stereotypes and are told with extra-ordinary confidence will appeal to us more."

Send your works electronically through dwartsonline@gmail.com
We have interest only in works that have not been published elsewhere.
Every submission must be accompanied by the writer’s/artist’s/photographer’s short bio. This should be in the same document as the piece.
Please write the category you are submitting to in the Subject line of the email.
POETRY: Dwarts accepts not more than two poems from a single poet for this issue. Each poem must not be longer than 30 lines. If more than one, the poems must be contained in a single document.
FICTION: Submissions in this category must not be more than 3,000 words long. Every submission is expected to be compelling enough to pin one down with startling sentences and fluttery story lines.
NON-FICTION: Submissions in this category should be creative and, at the same time, informative. Each submission must not be more than 2,000 words.
ART & PHOTOGRAPHY: Dwarts accepts a minimum of two and a maximum of four art works or creative photographs that clearly depict the theme. Submissions in this category must be made as PDF files.
DRAMA: Short plays that span not more than 6 pages of A4 paper are encouraged. The formatting must be consistent. 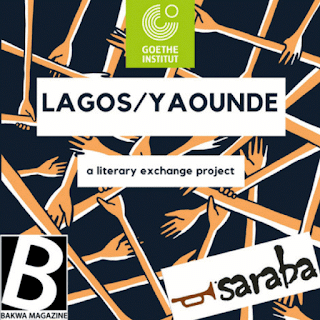 Writers in Lagos and Yaounde have a chance to take part in a new literary initiative. The Goethe-Institute is teaming up with Lagos-based Saraba Magazine and Bakwa Magazine in Yaounde to create a literary exchange project.

Writers in both cities get to attend workshops on creative non-fiction run by these two amazing literary magazines.

We love the idea of studying writing through a cross-cultural experience. Best part is that it is an all-expense-paid workshop. We strongly encourage all the aspiring writers to apply.


Apply by sending an an e-mail to libo@lagos.goethe.org. Your email subject should read “Application for Literary Exchange 2017

Here is what should be in the body of the e-mail:
Your sample of work must be included as an attachment in your mail. Applications not following the rules will automatically be disqualified. The working language of the workshop is English.

Applicants will be selected by a jury appointed by Goethe-Institut Lagos and Yaounde. The jury’s decision will be final and non-appealable.

Deadline for Submission is February 15, 2017. Only those accepted will be notified by March 10, 2017. Details regarding dates of exchange and meetings will be communicated upon approval of your participation.

“One ought, every day at least, to hear a little song, read a good poem, see a fine picture, and, if it were possible, to speak a few reasonable words.” (Johann Wolfgang von Goethe)
Posted by LiteMag at 05:21:00 No comments: 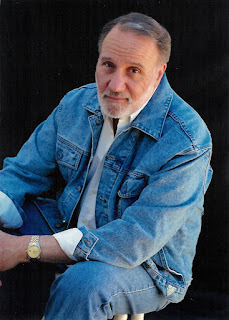 Gift memorials may be made to the Tom and Stan Wick Poetry Center at Kent State University, P.O. Box 5190, Kent OH 44242; attn: David Hassler. Services are being planned for Jan. 6, 2017 in Sierra Vista, and more information on times and locations will be published at a later date.