Importance of Editing and Reviewing a Manuscript 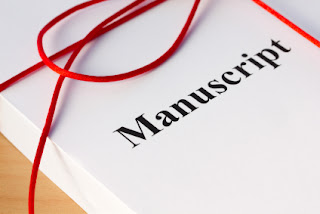 One of the most common questions I receive is, “Why isn’t my book selling?”  The answer is usually painful to hear.  Avoiding that question altogether lies in tackling another question early in the publishing process, “What will prevent my book from selling?”

Editing is one of the absolute factors that will influence your book sales. The degree to which you personally edit your thoughts and writing, combined with the degree to which you invest in professional editing will ultimately play a large role in developing reader comfort.  A great edit will not ensure your book sells, but it will definitely eliminate one of the largest potential detractors that might prevent book sales.

Some authors decide against getting their books edited.  It takes time, can be expensive, and can be emotionally invasive.  After putting your heart and soul into something, it can be very difficult to hear what needs to be fixed.  By definition, editing is critical, so it’s not at all uncommon to see authors avoid it like the plague.  When I wrote my first book I did not initially have it professionally edited, and it was one of the larger mistakes I made in my first foray into publishing.  I thought that I was saving money and time, but in the end I was mistaken on both counts.  It did not save me time and ended up costing me more in the long run.

The truth of the matter is that even extremely experienced writers have their works professionally edited.   Traditional publishing houses put every book through a minimum of two edits.

Professional editors, like the ones we work with at Black Tower Publishers, are trained to put their own personal feelings aside and focus on enhancing your work.  There is a significant difference between having a professional do the job and letting a friend edit your book.  Friends have a tendency to be less critical than is helpful.  Although they may have the best intentions, their ability to ensure the essence of your book is conveyed properly generally falls short.

The two questions that are probably on your mind at this point are, “How much editing do I need”, and  “How much is it going to cost?”   Every manuscript is different.  Fortunately there is an inexpensive way to address both questions: a Manuscript Review Analysis.  Black Tower Publishers offers this professional service; designed to help authors know the type of manuscript editing they would need for their manuscript, and they will also review the manuscript and give tips on how to better the manuscript. The last time I checked, they charge about N4,500 for that service. Manuscript Review will help you know what you are doing. They will let you know if your manuscript is ready to be edited and published, or if you have to revisit the manuscript and do some more work on it.

So whether you’re just starting your work or wondering why it isn’t selling the way you would like, it’s always a good time to think about editing. 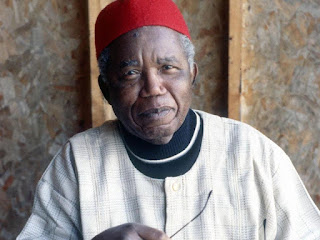 It will be four years on March 22 since Albert Chinualumogu Achebe, the doyen of African literature passed on. That the father of African literature (a title he has declined on numerous occasions) harnessed creativity to present Africa in its transformative stages, which I would wish to categorise as pre-colonial, colonial, post-independence (a period not more than a decade after independence) and contemporary is in no doubt. In his works, he intertwines history with creativity to represent Africa's trajectory through her epochs into the current state in a style that is akin to tracing a baby from birth through adolescence up to adulthood.

Achebe's first novel, Things Fall Apart and Arrow of God belong together with regard to their period. Both of them symbolically represent the African continent at birth, when African writers were busy debunking the stereotypical misrepresentation of Africa as a dark continent and choosing, instead, to represent her as she was, her flaws as well as positivity.

I narrow down to Things Fall Apart. The novel acknowledges that Africa had her flaws. For instance Nneka's twins are thrown away. We also witness the brutal killing of innocent children, as is the case with Ikemefuna. Nevertheless, there is a positive aspect in the pre-colonial Africa: decision making is not arbitrary. For important decisions to be made, a debate -- akin to the current parliament -- has to be held and the majority carries the day. This is what happens when Umuofia wants to declare war against Mbaino. Further, tribes don't just start wars against each other. A peace delegation is sent first to seek reconciliation. Achebe's baby Africa is thus not romanticised.

The second novel, No Longer at Ease, represents Africa in transition, the symbolic toddlerhood. We encounter two characters who have ventured outside their home country: Obiajulu Okonkwo and Clara Okeke, who travel to England to study English and nursing respectively. Again, we encounter Isaac Okonkwo, who has weathered the storm of cultural conflict to join Christianity and become a catechist to the chagrin of the traditionalists. Having been set in the time of transition to independence, we meet the white people, hitherto the bosses, who must now pave way for the Africans they considered inept to take up leadership. They are represented by Mr Green. Thus the toddler Africa is characterised by spreading her tentacles to discover the outside world.

The fourth novel, A Man of the People, interrogates the symbolic African adolescence. It is a political satire that revolves around the lives of the people of Nigeria in the 1960s. Achebe explores the excesses committed by the ruling class in the name of protecting the country's hard won independence. Most of those in position of power, such as Chief Nanga, are out to use their positions to acquire wealth at the expense of developing their nation. They engage in a multiplicity of social evils such as corruption, misuse and wastefulness of public resources, for example by hiring goons to immobilise their opponents. They have managed to stay in power by making the citizens believe that their actions are meant to benefit and defend the entire community.

Anthills of the Savannah represents Africa in her adulthood. The African leadership, as represented by Sam, has shed off the innocence exhibited at the adolescent stage, instead adopting outright dictatorship, assassinations and intimidation as seen with the leaders who try to oppose His Excellency, as happens to Sam.

On a positive note, Achebe reveals an emancipated woman -- Beatrice -- whose birth to a girl encapsulates the continuation of women liberation as is the case with the contemporary woman who has, arguably, managed to overcome patriarchy.
Surely, Achebe's literary prowess is enigmatic. His ability to intertwine African history with creativity is an exceptional feat that can never be equalled.