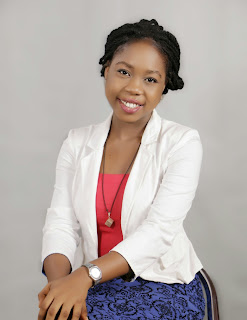 As insiders in Nigerian literature and beyond, we have been able to see what Miss Walker Mirianm Ihuoma has to offer. She hails from Ikwerre in Rivers State, and currently a student in the University. She's a Christian, and she enjoys reading, writing and listening to Christian songs.

We were privileged to interview her to know more about her new book (OVERTHROWN) that will come out very soon. Overthrown is definitely one of the most culturally diverse and interesting book we might be seeing soon. It centres around kingdoms torn by their quest for supremacy, and there were a lot of twists of events in it.

Below is our interview with Miss Walker Miriam Ihuoma:


LITEMAG: We were able to see some parts of your upcoming book, Overthrown, and I must say it’s interesting. Please tell us what inspired you to write Overthrown.

MISS WALKER: What inspired me was the desire to preserve culture and history.  Unlike in the western world and other places where they have many books about their history dating back to BC, such are not really common here and especially in my place. I don't want a future where the people don't know what their history was like. I personally feel bad when I don't know much about my culture and often wish there were more books on it; perhaps an Ikwerre language dictionary! Because I believe history and culture are important, I was inspired to write something on it, so that even in years to come, people will be able to have an idea of the past.

LITEMAG: What’s the most difficult thing about writing characters from the opposite sex?

LITEMAG: How do you select the names of your characters?

LITEMAG: Do you try more to be original or to deliver to readers what they want?

MISS WALKER: I try to be original. It's left to the reader to appreciate or not to. I don't just write for my readers, I  write for recollection. So that, years later when I read that work, I can see how far I have come in writing and how much I have changed and improved.

LITEMAG: When are we expecting Overthrown?

MISS WALKER: By God's grace, before this year ends.

LITEMAG: What plans do you have after publishing Overthrown?
MISS WALKER: I want it to go global just like Chimamanda Adichie's books! I have always had such dreams ever since I went to a book store and saw great books published by Nigerian writers. Then I was like, "So Nigerians can write like this? " I don't just want it to sell in Nigeria,  I also want it to go outside the borders of Nigeria so that people out there would have a better knowledge of our culture and Africa, as a whole.

LITEMAG: If you could tell your younger writing self anything, what would it be?

This was how the interview went, and we will keep you posted on her book, Overthrown, coming soon!