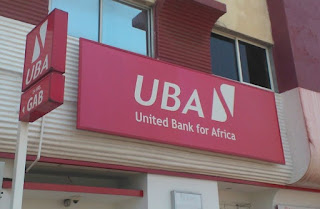 UBA Foundation, the corporate social responsibility arm of United Bank for Africa (UBA) Plc, has called for entries in its 2016 national essay competition.

Speaking at a press launch at its headquarters in Lagos, the Managing Director of UBA Foundation, Ijeoma Aso, said the essay competition provides an opportunity for students in senior secondary schools across the country to win prizes in form of educational grants.

Entries for the essay competition opened on September 23, 2016, and will close on November 4, 2016.
The topic is ‘If you were in a position to help the Internally Displaced Persons (IDPs), what would you do?”
The first prize for the competition is a N1 million educational grant for the winner to study in any African university of his or her choice.

The second and third prizes are N750,000 and N500,000 educational grants respectively.
Aso explained that the competition is part of the foundation’s initiative to promote creative and analytical thinking among senior secondary students in Nigeria and across Africa and is a follow up on the Foundation’s Read Africa initiative, which promotes reading culture among students through mentoring and free distribution of Africa literary classics in secondary schools. The national essay competition is also held in Ghana and Senegal.

“Three best essays will be selected as the overall winners from 12 finalists that will emerge from the first round of the competition,”Aso said.

Group Head, Media, Charles Aigbe, said the essay competition is one of bank’s contributions to educational development in Nigeria and across Africa.

He urged students to take the national essay competition seriously as it provides a massive opportunity for them to change their lives for the better, adding that the competition is a process to make younger generation better for their families, nation, continent and the world.

“As a pan-African financial services group with operations in 22 countries, we aim to impact on the countries we do business through the three main anchors of education, environment and social empowerment,” he said.