Return of The Guardian literary series 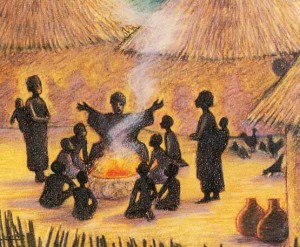 Submission of articles begins
The 1980s was a momentous decade for Nigerian literature and one of the enabling factors for the literary effulgence of that era was the robustness of the critical enterprise woven around the literary productions.
The Guardian newspaper provided a significant platform for the critical engagement of writers, literary works and their raison d etre vis a vis literary trends which ended up evolving into a national literature. Through the famous, but now rested “The Guardian Literary Series”, the newspaper provided scholars and critics a formidable site for engaging Nigerian literature from different perspectives spanning from the oral tradition to contemporary writings. The series ran for a decade or so before it folded up.

However, its remarkable critical output metamorphosed into two seminal volumes of essays aptly titled Perspectives on Nigerian Literature: From 1700 to the Present (vols. I and II) edited by Dr. Yemi Ogunbiyi. The two volumes remain, unarguably, the most authoritative statement on Nigerian literature up to the late 1980s.

It is now many years since the stoppage of “The Guardian Literary Series”. Yet so much has happened on the Nigerian literary scene with the emergence of new writers and the evolution of new literary trends creating a big gap in the critical evaluation of Nigerian literature. This awareness of a critical vacuum calls for a revival of the platform which The Guardian offered many years ago. It is for this reason that “The Guardian Literary Series” is staging a comeback. There is so much to be written about contemporary Nigerian literature and the scholars and critics are not short in numbers.

This is therefore a call to scholars, teachers and students of Nigerian literature to embrace the new opportunity offered by “The Guardian Literary Series” to send in publishable essays on all aspects/genres of Nigerian literature, writers and their works, as well as literary trends and theories that are of significance to it. Interviews with writers and critics, short stories and poems are also welcomed. Such essays will be published on Sundays.

The essays should be between 2000 and 2500 words in length sent as attachment to: letters@guardian.ng; abraham.ogbodo@guardian.ng; alabi.kabir@guardian.ng; and sawefeada@yahoo.com. There should neither be works cited nor references at the end.The coordinator of the project, Dr. Sunny Awhefeada of the Department of English and Literary Studies, Delta State University, Abraka could be reached on 08052759540 for further details.