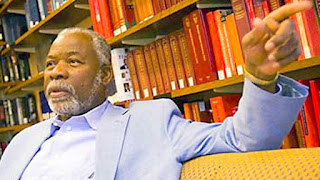 The country’s literary community, once again, has suffered another death . Only on Sunday, the passing of Prof. Francis Abiola Irele was announced. According to sources, he had slipped into coma after a massive stroke.

With his passing coming on the heels of the demise of Prof. Ben Obumselu, who died on Saturday March 4, 2017, and Ossie Enekwe, the founding generation of literary criticism has been grossly depleted.

When mourning ends for the erudite scholar, the question of timelessness of his work will remain. His literary output seems destined for immortality, because of the way they are entrenched in the African canon and aesthetics.

His ideas, it is noted, “composed of numerous, intricately interlinked concepts, yet suggesting depths of possibility of which the superstructure realized by the expressed ideations are but the exposure to light of a complex foundation which may yield to careful study.”

A philosopher, educator, critic and theorist of literature, music and culture, Irele’s writing was remarkable for its elegance, profundity and range. His career was striking for the scope of his participation in the development of modern African intellectual culture, from its formative years in the 1960s to the present, on different continents. 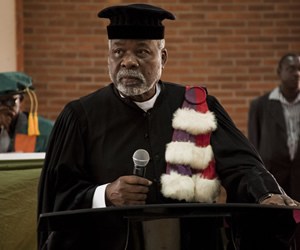 Born May 22, 1936, in Ora, he moved to Enugu very early in his life. While he was Edo, and was born in an area in which Ora was predominantly spoken, the first language he learned was Igbo; he learned Igbo from the servants who worked for his father and took care of him growing up.

After moving to Lagos in 1940, he began to speak Yoruba. In 1943, after a fight between his parents, Irele returned to Ora with his mother where he picked up Ora and developed a fluency in the language over the course of a year. However, after returning to Lagos in 1944 to live with his father, he began to predominantly speak Yoruba and maintained it as his ethnic identification.

Irele’s first encounter with literature was through folk tales and the oral poetry. His career, in fact, embraced the formative years of modern African intellectual culture, and its development to the present, its representative central institutional organs, represented by editorships in the pioneering journal, Black Orpheus, in the 1960s, to editorship in later years at Research in African Literatures and membership of the editorial board of Transition, all these publications being central points in the development of modern African thought.

In 1989, he moved to Ohio State University in the U.S. as Professor of African, French and Comparative Literature.One of his richest and most consistent contributions has been in the explication of the philosophy of Negritude. Irele’s expositions of Negritude are not only compelling, but also strings central trends of ideas in non-African civilisations.

Irele helped to expound upon the understanding of Négritude first theorized by Léopold Sédar Senghor in his article, What is Negritude?, featured in Tejumola Olaniyan and Ato Quayson’s African Literature: An Anthology of Criticism and Theory.

In his article, Irele defines Négritude as “the literary and ideological movement of French-speaking black intellectuals, which took form as a distinctive and significant aspect of the comprehensive reaction of the black man to the colonial situation…”.

In his collection of essays Négritude et condition africaine, Irele explores the question of African thought. He begins by rejecting the notion of ideological difference between anglophone and francophone Africa. He aims to root African progress in the present and not in a romanticized past.

This work is also enriched by comparison with scholarship in classical African philosophies, philosophies that Negritude describes itself as distilling and representing: the intellectual, artistic and social dynamics of African culture, in relation to its global context.

Prof. Dan Izevbaye has this about the late Irele: “It is not a pleasure to be asked to do a sudden tribute to a friend like Biola Irele, formerly Professor of Literature at Harvard University. I am dejected, as everyone who knows him would be. But I am not made speechless by the shock of the news. It is just that with all the memories crowding in, it is hard to know where to start and when to stop.”

The erudite scholar said, “Biola was the kind of man of letters who appears once in a generation; such was his many talents and the force of his influence. For him, there were no barriers between disciplines; he moved as easily between literature, sociology, and philosophy, between cultures and languages, and among people of different races and ethnic groups. 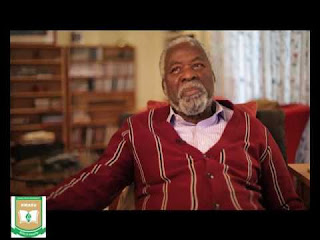 “An entrepreneur in literary matters, he left an enduring stamp as critic, editor, teacher and mentor of younger scholars and could have distinguished himself in the professions of publishing, music and diplomacy. Up to his last days, his intellect, the vigor of his mind, had not shown signs of not aging. Up till a few weeks ago, he was still working on yet another number of his top quality journal, The Savannah Review, and busy as editor planning themes and in collaboration with scholars to whom contributions to the volumes of African literature to be published by Cambridge Press. Biola once said that he would like to be remembered after his days on earth as a Catholic raising his voice among a choir around the throne of grace. And remembering the vocal quality of his performance on earth, what singing that would be. My heartfelt condolence to his wife, Eka, and his children.”

For Denja Abdullahi, president of Association of Nigerian Authors, Irele’s passing is a collective loss, “but we should go back to re-engaging his works to see where we lost it.”

He remarked: “Irele was one of the most outstanding critics of African literature, who devoted the greater part of his life illuminating the meaning of writings and the cultural life of the continent.”

Abdullahi continued, “he bestrode the Anglophone and Francophone literary hemispheres, painstakingly building bridges of understanding between the two realms. He was a foremost interpretative ideologue of the Negritude literary movement.”

Abdullahi said, “one remarkable thing about him was that his life was a lifelong commitment to sustained intellectual inquiry into the works of African writers; thereby helping greatly the growth of African literature.”
According to the ANA president, “Irele’s works placed beside those of today’s literary critics in our ivory towers will reveal a sad denouement. Critics in the mould of Irele, Izevbaye, Nnolim, Anozie, Obiechina, Emenyonu and their ilk are no longer there. The emergent or contemporary writers no longer have critics committed to interpreting their works to the larger reading world and spurning out novel cultural and critical theories by so doing. What we have now are nouveau scholars impatient in the race to become professors so that they can bask in the glow of the materialist halo it confers on them.

“They therefore write one paper and publish the other to get there without following any sustained intellectual road map. Writers now write without any in-depth critical engagement and scholarly labour in the literary sphere is no longer a quiet and prodigious enterprise of the type Irele signposted in African literature.”

This is how Prof. Remi Raji captures his tribute to Irele. “He would be remembered as a master teacher and compelling scholar of African literary criticism. He brought the discourse of Negritude to us in a lucid language reminiscent of Jean Paul Sartre, the original olohun iyo, teacher of teachers of many, Renaissance man, above all, a great inspiration and a cultured man… adieu.”

While noting that his passing is a devastating loss for all who knew him personally, as I did, or through his stupendous scholarly work, Prof. Oke Ndibe said, “he was one of our most insightful and generous scholars, a man whose weighty books illuminate Africa’s literary expressions and bridge the gulfs created by British and French colonial legacies in Africa. Beyond being an extraordinary, world class scholar, Irele was also a deeply humane person.”

He was best known as the doyen of Africanist literary scholars worldwide. Irele, no doubt, would have few generational rivals in the promotion, projection, defense, intellection, propagation, growth and development of Nigerian literature and criticism. His contributions to the world literature as a critic rank among the most seminal. Some of his works include, The African Imagination: Literature in Africa and the Black Diaspora and The African Experience in Literature and Ideology.