South African writer Peter Abrahams died on 18 January 2017. An early pioneer in the exploration of race identity in South Africa, he was a literary giant who was at the forefront of capturing the injustice of apartheid. 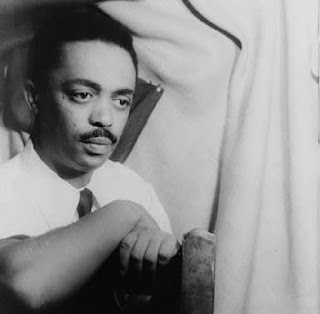 Peter Abrahams, who died aged 97 at his home in Saint Andrew Parish, Jamaica, was one of South Africa’s most distinguished writers. His fiction and non-fiction work challenged and dissected the complexities of the black South African identity. His biting criticism of the early days of apartheid and his exploration of pan-Africanist philosophy were fuelled by the need to tell the world of the injustice of racism and colonialism.

Abrahams will be remembered best for his Mine Boy, which was added to the South African school curriculum in the early 2000s.

“I am emotionally involved in South Africa,” Abrahams said in 1957. “If I am ever liberated from this bondage of racialism, there are some things much more exciting to me, objectively, to write about. But this world has such a social orientation, and I am involved in this world and I can’t cut myself off.”
During his most prolific years, 1946 to 1966, Abrahams wrote eight novels, as well as memoirs and political essays. His 1948 novel, The Path of Thunder, inspired the ballet piece, İldırımlı yollarla, by Azerbaijani composer Gara Garayev.

Abrahams’ early years
Abrahams was born in Vrededorp, Johannesburg, in 1919 to an Ethiopian father and coloured mother.

According to his obituary in The New York Times on 22 January 2017, Abrahams was inspired to read and write at a young age when he heard Shakespeare’s Othello. A prodigious student, he began contributing poetry and short fiction to so-called bantu publications after completing his basic education. As a young budding writer, he consumed literature, particularly the works of black American writers.

“I read every one of the books on the shelf marked American Negro literature,” he wrote in his memoir Tell Freedom: Memories of Africa in 1954. “To (these) writings of men and women who lived a world away from me … I owe a great debt for crystallising my vague yearnings to write and for showing me the long dream was attainable.”

This knowledge also inspired his political thought and his desire to capture the black South African psyche in words.

Ship to London
After a stint as the editor of a Durban socialist magazine in 1939, Abrahams found work aboard a ship bound for London. In the British capital, he worked as a journalist on the British Communist Party’s Daily Worker newspaper.

He lived in London’s African immigrant community, meeting exiled political figures and intellectuals, including future Kenyan leader Jomo Kenyatta; Kwame Nkrumah, who would go on to lead Ghana to independence from Britain; and Trinidadian pan-Africanist George Padmore. The experience inspired his most multifaceted work, the 1956 novel A Wreath for Udomo, about political and social transitions in postcolonial Africa through the eyes of the continent’s political exiles. Renowned English literary scholar Harvey Curtis Webster called the book “the most perceptive novel … about the complex interplay between British imperialism and African nationalism”.

During the 1950s, Abrahams travelled across Africa, including a return to South Africa to observe the rise of postcolonial, pan-Africanist political movements. These essays, long considered the most authoritative work on the era, were later published as Return to Goli.

Settling in the Caribbean
After being commissioned by the British colonial office to research and write a comprehensive history of Jamaica, Abrahams wrote of the island and its people: “…in the stumbling and fumbling reaching forward of its people, is dramatized … the most hopeful image I know of the newly emerging underdeveloped world”.
With his wife Daphne and their three children, he made Jamaica his home for over four decades.

South Africa, however, remained foremost in his writing; in particular, it was the setting of his 1965 novel, A Night of Their Own, about the anti-apartheid underground. This inspired his 1985 magnum opus, The View From Coyaba, a detailed transgenerational novel about black struggle movements in Africa, America and the Caribbean.

As he got older and the postcolonial era reached its pinnacle with the end of apartheid in the 1990s, Abrahams felt less obligation to capture the zeitgeist of black African political thought. Instead, he let new, younger literary voices speak about the evolving movement.

Speaking to Caribbean Beat magazine in 2003, Abrahams said: “I became a whole person when I finally put away the exile’s little packed suitcase. When Mandela came out of jail and when apartheid ended, I ceased to have this burden of South Africa. I shed it.”
Abrahams never returned to his country of birth.

Overdue tribute?
The Daily Maverick’s J Brooks Spector observes, in his lovingly detailed obituary of Abrahams on 25 January 2017, the often overlooked connection between South Africa and the writer, and begs an important question: “Surely there should be a (South African) library named in his honour, an endowed chair in African literature at one of the nation’s premier universities, and a publishing effort reprinting his output in a standard, uniform edition?“

“Embracing his memory as an early literary pioneer and impact as a writer must also take into consideration the eclecticism of his political thinking, his influence on the pan-African idea, and an ethnicity that embraced the near-totality of South African experience,” Spector concludes.