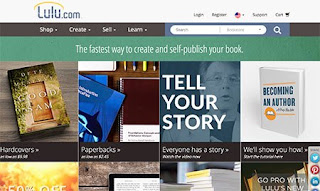 Last year, I self-published my first science fiction novel, Where the Hell is Tesla?, and sold 10,000 copies in the first twelve months. How the heck did that happen? Was it luck? Because if it wasn’t, how on earth did that many people find out about it and buy it? Did I know something — or someone — special that could influence the outcome?
Nope. It wasn’t luck. And it wasn’t influence. I mean, a few unexpected things turned in my favor for sure, but I strongly believe that if you’ve got a good book inside you, and you do your homework, and you put that learning to work, that you can successfully self-publish your own book and sell thousands of copies.
Here are five things I learned how to do on the road to my first 10,000 copies:
Write your best book
It sounds obvious, I know. But there’s an entire world of badly-written, poorly-edited self-published work out there. Because the tools have become so easy to use, there’s a temptation to get anything out there, without going through the rigors of research and editing, in hopes of quick discovery and viral success. Don’t give in to that temptation. I spent over a year writing my first novel, and almost a year writing my second. If you don’t know someone who can competently edit your writing, hire someone. End readers will know the difference. Here’s a small example: I released the first two parts of my novel, Where the Hell is Tesla? as serial stories, like Hugh Howey originally did with the Wool series. And though the feedback I got was largely positive, I got ripped for little editing errors. So I learned a huge lesson before selling even one copy of the full novel – the product has to be bulletproof. Editing, spell-checking, formatting, consistency, characters’ motivations, plot holes, everything. I don’t think all the marketing in the world will help a product that’s not ready to launch.

Build your “platform”
Book marketing consultant Tim Grahl defines your platform as whatever plan and methods you use to connect with readers and sell books. In my case, considering the nature of my full-time job, I couldn’t consider touring, and frankly didn’t have the patience to find a publicist that would actually respond to me as a first-time author, so I chose the online-only path: website, social media, Amazon author pages, and an email list.

• Website: Yes, it’s common sense, but if you’re going to self-publish a book, you need a website to spread the word and keep the conversation going. It’s a place for fans to contact you and a way to build your email list. You’ll start with zero traffic, as I did, but after a while (be patient!), if you’ve got some engaging content and good keywords, you’ll see the clicks and the email signups start to come in.

• Social media: I’ve heard many people advise this and I’ll tell you the same thing: don’t overdo it. With a full-time job and writing and publishing on the side, this book promotion thing at times tests my productivity limits. So, I stick with just Facebook and Twitter, and I’d say go with the one or two that feel right for you. For example, if you’re creating a graphic novel — very visual — maybe Facebook and Pinterest would be your thing. Journalist writing non-fiction? Twitter. Try them all out and see what feels right for you.
One stand-out example for me is John Scalzi (@scalzi). He’s a very successful sci-fi writer with a huge Twitter following. He uses Twitter as a sort-of ever-present sounding board, every single day, many times a day, showcasing his wry sense of humor and insistence on being himself. It’s awesome.

• Amazon author and book pages: I could get very detailed, but here’s the quick rundown: If you self-publish on Amazon, use every space they give you. Don’t leave things blank. Put plenty of key phrases in your book description and keywords list on your book sales page on Amazon. Hook up your author page to show your latest blog posts and tweets. I’ve talked to many people who can’t seem to sell copies of their books, and after looking, I find that they’re simply not taking advantage of simple features that can help them get discovered.
• Email list: Okay, this one is an uphill battle, but worth the effort. As a new author, getting people interested enough to take the ride with you through emails is tough. But since I’ve started blogging, posting, tweeting and emailing, and my list is slowly growing. I use MailChimp to manage the email list and campaigns. It’s an excellent tool at an excellent price: free.

Relentlessly pursue book reviews and exposure
I think the single biggest thing that helped sell all those books, beyond the quality of the work itself, was reviews. And here’s what I did to get them:
• Prior to launch, I contacted 75 people who agreed to be advanced reviewers, keeping in touch with them over the next several weeks, ultimately launching with 25 reviews on my Amazon sales page on day one. Enough reviews will trigger Amazon to begin recommending it to others. Your book also gains quite a bit of credibility in readers’ minds when they see more than a handful of thoughtful reviews.
• At the end of the ebook, paperback, and audiobook, I have a prominent, clear call to action asking specifically for a review on Amazon or Audible, noting that it’s the best way for independent authors and authors with small publishers to gain exposure and help sales. More people than you’d think have told me that my simply asking them to leave a review led them to write their very first review ever. Ask clearly. Readers like to help!
• I looked up reviewers on Amazon, Goodreads and Audible on an ongoing basis, and actively reached out to these individuals to provide a review in exchange for a complimentary copy of the book. Many people took me up on this offer. This is tough, tedious work, but well worth the effort.
• I’ve also run free giveaways of book copies, and engaged members of Goodreads for free copies in exchange for honest reviews.
Regarding exposure: I could write a full article just on this topic, but in brief, spend time networking with whoever you can, and investigate genre websites, and reach out as much as possible to offer guest postings, interviews, book reviews, or whatever you think that site might find interesting, or live readings at physical locations like libraries. To date, for my first novel, I’ve probably landed ten of these opportunities, which aren’t a lot, but have certainly helped me sell books.

Promote your book
Here’s where a little bit of investment can go a long way. There are all kinds of ways to use paid promotion to spread the word about your book, but here’s one example that worked for me: if you’re publishing on Amazon, you’re offered KDP Select, an incentive to sell the digital version of your book exclusively through Amazon. In exchange for this exclusivity, you’re allowed to run something called Countdown Deals. I chose this route for my novel, and here’s how I made it work:
• KDP Select: Every three months, your agreement renews, allowing you one Countdown Deal during that term. So within this first year of my first novel, I was able to run four of them. Each time, I took my normal price, $3.99, and discounted it to $0.99. (Amazon puts a timer on your book page, thus the “countdown.”)
• Email promotions: Coinciding with these Countdown Deals, I ran paid ebook promotions through book promotion sites that list discount deals, and send out daily emails to their subscribers. (Some post to social media as well.)
• Online advertising: All the major online services offer paid advertising. At one point or another during these countdown promotions, I’ve tried all of them. Overall? I’d say if you’ve got the stomach to spend money that isn’t returning as high a value as the email blast promotions listed above, but want to boost your exposure temporarily, then go for it. For each of these, you can set a daily budget not to exceed, a start and end date, and live monitoring of response. I set my daily budgets at between $5 and $20 per day for a week. I’ve run Facebook/Instagram ads, Google ads, Amazon ads, Twitter ads, and more. (I’m constantly experimenting, with varying degrees of success).
• Social Media: As a matter of course, during each of these promotions, I got the word out as much as possible through Facebook and Twitter.
The result? The four promotion periods, unsurprisingly, showed the largest spikes in sales.
Record an audiobook
Okay, this one’s a little tougher. I happen to have lots of audio recording experience, so the process was straightforward for me. The reason I include this as one of the main five things to explore when self-publishing? Because audiobooks continue to be on the rise, in a big way, with148 per cent sales growth from 2010 to 2015, and audiobooks read by their authors are also on the rise. And personally, I can attest: audiobooks account for a significant percentage of my sales.
Posted by LiteMag at 12:05:00