The making of a Literary Matriarch 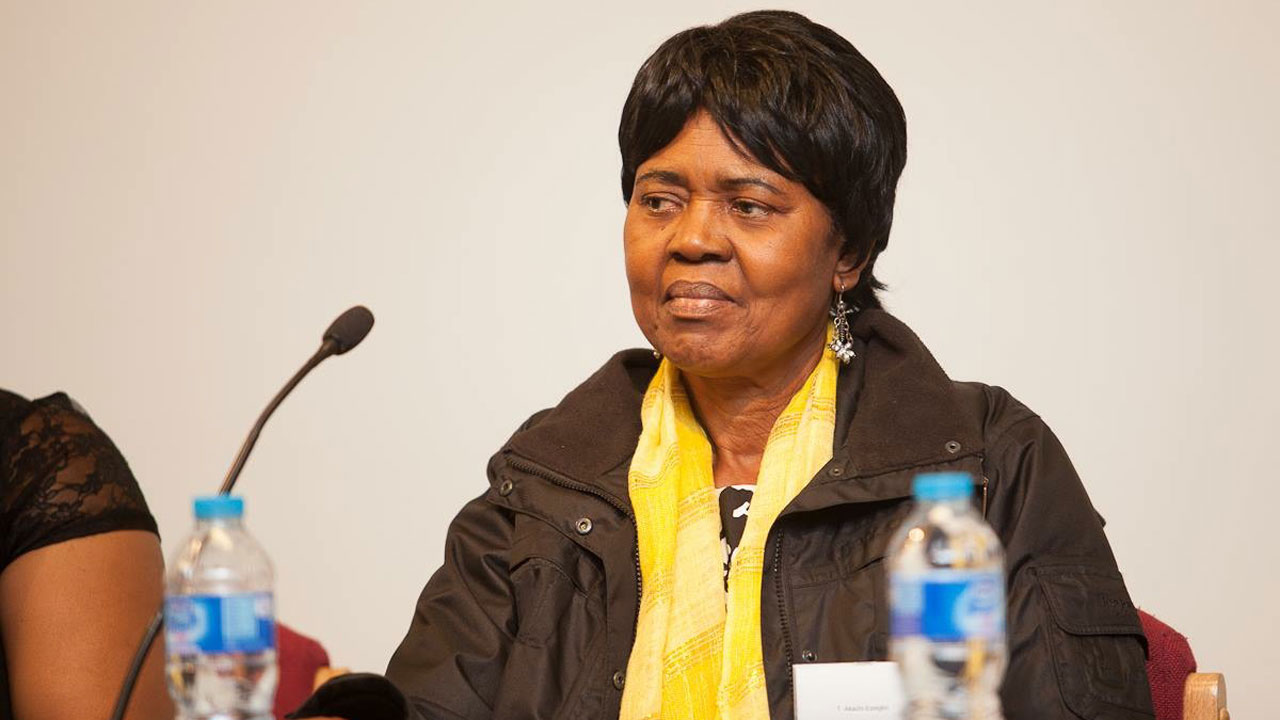 Akachi Adimora-Ezeigbo – Life and Literature (University Press Plc; Ibadan, 2017) by Ezechi Onyerionwu is an epitome of an intellectual biography that compels the interest of the avid reader, especially with a literary background. In Nigeria, of course, biographical writing culture is not novel given that over the years the literary landscape has been replete with interesting books on accomplished literary stars. In this regard, Ezenwa Ohaeto’s Chinua Achebe: A Biography is a detailed panoramic chronicle of Achebe’s literary and mundane accomplishments in diverse areas.

So also is the more recent Christopher Okigbo, 1930-67: Thirsting for Sunlight by Obi Nwakanma, a work of in-depth account of Africa’s foremost enthralling poet. There are many other works written in this vein. But Life and Literature (for short) has an uncommon ring not just because the subject of the biography is an accomplished female literary artist and scholar but also because the scintillating life of the protagonist, as it were, parallels with some intriguing exactitude the quality of the writing, a style that is describable as a strong, fetching prose that is unencumbered with infelicities of grammar or ideas.

A book of twelve interwoven chapters with salient ideas serving as the linchpin of the narrative, Akachi Adimora-Ezeigbo, Life and Literature makes its departure from earlier works in this genre by magisterially establishing biographical literature as an engaging, no-less intellectual, discipline. The author does not just chronicle the achievements of Prof. Akachi Ezeigbo as a versatile writer who has won laurels both in Nigeria and overseas but he concretizes these varied feats by laying everything bare, as it were, on the table. In a comparative streak, he admirably juxtaposes Akachi’s bold and intelligent postulations and those of her precursors in the literary vocation.

Through his adept strokes, Akachi comes across as a courageous and confident writer who is not so enamoured of the towering feats of the earlier writers that she cannot ventilate her disapproval of the seemingly prejudicial slant of their fiction. Thus in chapter 10, “The Muse Emancipist”, the rationale of Akachi’s first published novel The Last of the Strong Ones is underscored. The incursion of the white man into Africa where he maintained a strangle hold on the continent through colonialism is the main subject thematized by older writers like Achebe in some of his earlier novels like Things Fall Apart, No Longer at Ease and Arrow of God in fictive traditional Igbo society.

However, beyond Akachi’s manifest influence by Achebe in her narration as exemplified by the overlay of local texture, she detected a loophole – it is only male characters like Okonkwo, Obi Okonkwo, Ezeulu, etc. that are imbued with some degree of gallantry in the fight against colonialism and its negative concomitants in Africa. Female characters are barely hinted at as mere footnotes in the struggle, who at best act according to the caprices of their men folk. For Akachi, if Achebe drew from the pristine pool of history and mythology in his creative world so also will she extract from that inexhaustible repertoire from her own corner of the Igbo society, Uga, where none of the genders – men and women- was marginalized but both in a complementary streak fought the white man to finish, as it were. Interestingly, this is the major feature of most of Akachi’s works, ranging from some of her children’s fiction like The Buried Treasure, Rituals and Departures, and My Cousin Sammy to her riveting trilogy, The Last of the Strong Ones, Children of the Eagle and House of Symbols.

Onyerionwu, the author of Life and Literature displayed remarkable dexterity in pivoting the various strands of Akachi’s intellectual achievements- whether in scholarly essays, creative outputs given that she has published in virtually all the genres of literature- prose, drama, poetry, children’s literature, short story, etc.- or even journalistic articles as an editorial member of some significant newspapers and magazines- on her eyes for detail, especially in privileging the narrative favourable to women and the underdogs generally in her various literary endeavours. Her penchant for recovering part of the vital heirloom of the people occasioned by the traumatic aftermath of the Nigerian Civil War of 1967- 1970 accounts for her keen interest in working on Facts and Fiction in the Nigerian Civil War Literature as a doctoral dissertation which she obtained with accolades at the University of Ibadan. This was the impetus for her consistent scholarly interest as demonstrated in her journal articles beginning during her time as a young academic at the University of Lagos, dovetailing into her life-long academic preoccupation as seen in her books, conference and seminar papers and culminating in her earning a professorial position at the nation’s renowned citadel of learning, UNILAG.

The book is an unvarnished testament of a woman achiever on diverse fronts, much of which culminates in chapter 11“The Intellectual as Stateswoman.” Perhaps what the author of the book may not know is that through his honest account of the life of the subject captured in the tapestry of his taut narrative, he has unearthed the philosophy behind Akachi’s simple carriage and demeanour and peaceable disposition despite the towering heights she has attained in her pursuits. Through her poignant portraiture in the book and as evidenced by her numerous works, there is no disconnect between Akachi’s theories and her practical lifestyle. Most renowned critics of African literature such as Charles Nnolim, Simon Gikande, Chinyere Nwahunanya, Femi Osofisan, among others have validated this perspective in their different critical essays, a synthesis that is also reflected in this book. Her life coheres with the theory of Feminism that she invented- Snail-sense Feminism.

This is unlike some of the outrageous brands that are noticeable basically in the West. In this regard, Akachi leans more towards the innocuous sensibility that informed the ‘acommodationist’ (womanism) feminism as propounded by writers like Alice Walker. This is dexterously realized in her fiction where she deliberately forges positive binaries in the characterization of Obiatu and Ejimnkonye, in The Last of the Strong Ones, among other memorable characters, as good examples of complementary marriage partners. Also, in her latest novel Roses and Bullets, until Ginika became a pathetic victim of the lust and prodigality of the rampaging soldiers during the Civil War, her marriage to Eloka was a model of inspiration. From the illuminating backdrop in the earlier chapters which foregrounds the biography, much of Akachi’s distaste for subjugation of either partner in marriage is traceable to her own parents and grandparents.

Akachi Adimora-Ezeigbo- Life and Literature has justifiably been creating positive ripples in different circles of the literati. This is perhaps because it is an unprecedented biography of a truly outstanding woman achiever to receive an unbiased assessment by an otherwise patriarchal system.
Posted by LiteMag at 07:52:00