See Why You Should Get Ebehi Imonlega's Evenfall

New book alert!
Within the year, we have been able to read a few books and offer our thoughts on it. Today we want centre on EVENFALL written by Imonlega Ebehi. Visit the website and get it www.ebehiimonlega.com
It’s a very nice read, especially for women that go through marital problems and temptation. Below is the description of Evenfall.
Description of Evenfall
Evenfall centers on Omonye who sells her inherited property and sends her husband Lucky overseas, for better prospects. Overwhelmed by his wife’s huge sacrifice, Lucky promises to remain faithful to her, regardless of the temptation he may encounter. His promise of unflinching fidelity is tested when for years, he is unable to have a breakthrough and return to his family as quickly as he had imagined. Soon, he is faced with the choice of deportation or a love affair with Aina, the daughter of an influential sheriff in the U.S. 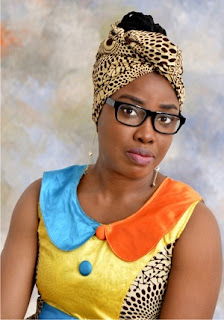 Biography
Ebehi Igho Imonlega is a Nigerian writer of novels, short stories and songs. She was born on 8th June, 1979 in Edo State, Nigeria. She is married to Imonlega Philips.
Ebehi had her primary, secondary and tertiary education respectively at Sabongidda-Ora, Iruekpen and Benin City of Edo State, Nigeria.
She holds a B.A (English and Literature, 2005) and an M.A (English Language, 2014) from the university of Benin. She also holds a PGD (Education, 2015) from the Benson Idahosa University, Benin City, Nigeria. She is currently working on a new book titled – Sister’s Plight
Posted by LiteMag at 07:38:00