New book focuses on the African-Jamaican aesthetic in literature 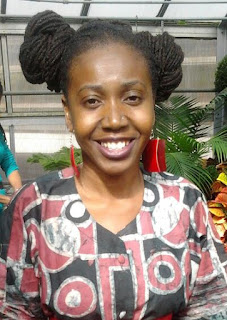 Lisa Tomlinson's new book, The African-Jamaican Aesthetic: Cultural Retention and Transformation Across Borders, adds to the body of research examining the ways in which diasporic African-Jamaican writers create their works by tapping into the cultural aesthetics of their African and Caribbean roots to interpret their place in their new homes and local cultures abroad.

Tomlinson, a researcher and scholar, who teaches at the University of the West Indies, Mona campus, in Kingston, Jamaica, explores the writings of Jamaican pioneers, authors Claude McKay and Una Marson, to highlight their ability to draw from the indigenous knowledges around them to counter the Eurocentric focus in literature in the early 1900s.

She also examines the works of dub poets Lillian Allen, Afua Cooper and Adhri Zhina Mandiela in Canada; and Linton Kwesi Johnson, Jean 'Binta' Breeze and Benjamin Zephaniah in the United Kingdom. Also featured are the writings of novelists Makeda Silvera of Canada and Joan Riley of the UK.

"This study examines the African-Jamaican aesthetic impulse in diasporic dub poetry and fiction, paying particular attention to how these art forms have developed and been mediated in Canadian and British contexts. More specifically, I explore how African-Jamaican cultural productions of the Diaspora are employed as a means of recovering, rearticulating, and remaking cultural identities that have been disrupted by histories of slavery and colonial conquest," notes Tomlinson in the introduction of the book.

She notes, "My research demonstrates how the cultivation of an African-Jamaican aesthetic plays a key role in inspiring community activism, creating cultural spaces, and forging and sustaining cultural identities in Caribbean Diasporas."

Referencing the work of Professor George Dei to help provide the context of her research, Tomlinson notes that according to Dei, "indigenous knowledges provide an anti-colonial framework and constitute a kind of 'knowledge consciousness that arises from the colonised presence'".

Drawing from her experience as a young child going to school in Canada in the late 1970s and 1980s, Tomlinson notes that it was through the oral tradition that she learnt about her Jamaican heritage and culture.
In school, there was very little reference to Jamaica, the Caribbean, or Africa, and she felt alienated until her Grade 6 teacher introduced Caribbean folk songs into the classroom.

FUELLED HER INTEREST
This delighted her, and she was able to translate the Jamaican creole words to her classmates.

The reggae played in her home also fuelled her interest, and in her teenage years, she "came to understand that the various forms of orality that were at the root of my home were so empowering and meaningful because they offered me a means to recentre myself in an environment with which I often felt at odds".
Tomlinson begins her research with an examination of work songs, proverbs, and storytelling. which she views as the "early and instrumental markers of indigenous African-Jamaican aesthetics".

She charts the importance of these folk cultural art forms in the genesis of a national literature of the island.
"Jamaica's rich legacy of oral cultures offers counter-narratives to dominant discourses of the region by reimagining the social realities of African-Jamaican communities, retelling African diasporic histories and restoring social agency," she writes.

Tomlinson examines the African-Jamaican aesthetic, pan-Africanism, and decolonisation in early Jamaican literature mainly in the works of McKay and Marson and crosses over to the Diaspora, where she focuses on the reggae aesthetics, dub, and the literary diaspora.

She also explores gender, race, and class in the chapter "Gendering Dub Culture Across Diaspora: Jamaican Female Dub Poets in Canada and England" and focuses on the writings of novelists in the chapter, " Home Away from Home: The African-Jamaican Aesthetic in Diaspora Novels."

Having lived in Toronto, where she had access to the dub poets Allen, Cooper, and Mandiela, Tomlinson conducts a close examination of their works to highlight the feminist aesthetics therein.

She notes that following in the tradition of Una Marson and Louise Bennett, these three dub poets "all employ an African-Jamaican aesthetic to articulate the social conditions of black women in Africa and the Diaspora and to call for opposition to patriarchal systems of oppression and black male dominance in the private sphere".

To provide a comparative analysis, Tomlinson includes the works of Breeze and does a similar examination in the novels of Silvera and Riley.

What Tomlinson's new book does is to critically examine the ways in which African-Jamaican writers in the Diaspora source their creativity from their homeland, Jamaica, and from their African ancestry, while creating works that mediate their understanding of themselves and their situations in their new home countries, new environments.
Posted by LiteMag at 22:12:00